The Acropolis of Athens as a Memory Palace

I arrived in Athens and spent the afternoon at the Acropolis. I don’t like spending time in Athens, but the Acropolis is absolutely spectacular. I wanted to make a memory journey there, but there were herds of distracting tourists and much of the restoration is incomplete. I took many photos and plan to create an Acropolis memory journey using photos, models, paintings, floor plans, and Wikipedia. As I walked around, I wondered what ancient mnemonists wandered around the Acropolis in togas 25 centuries ago, placing mnemonic images in the temples. Back then, I imagine that memory techniques were so common that there were no “mnemonists”–it was just how people did things.

Below are a few photos from the Acropolis. I wasn’t allowed to take photos inside the museum, but there are some fantastic things there. At the moment, I’m writing this blog post from a ferry on the Aegean Sea. I won’t say yet where I’m going to create my next memory journey, but it involves a historic mnemonist-poet. Maybe someone can guess! :)

UPDATED: Next posts in the series: 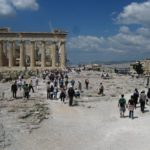 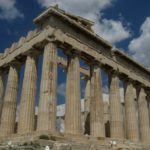 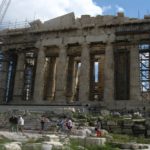 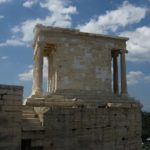 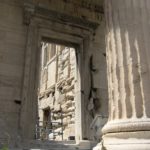 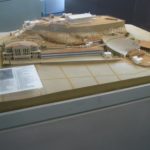 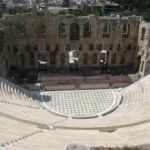 [...] mentioned in another post that I was waiting to build my Acropolis memory palace until I had more photos and floor plans [...]