Arrival on the Island of Kea (Ceos)

I just arrived on the Greek island of Kea, where Simonides of Ceos was from.

According to a legend written about by Cicero and Quintilian, Simonides of Ceos was the inventor of a powerful memory technique called the method of loci (a.k.a., memory palaces). If you aren’t familiar with the legend, you can read it here.

Simonides discovered that if visual images of things to be memorized were placed in sequence along imaginary journeys, or “memory palaces”, they could easily be recalled later. This “method of loci” is the basic technique that mnemonists use to memorize tens of thousands of digits of pi, decks of playing cards in under 30 seconds, and every word in a giant dictionary in order.

My reason for coming to Kea is to create some new memory palaces in the hometown of Simonides, as well as visit the archaeological museums. 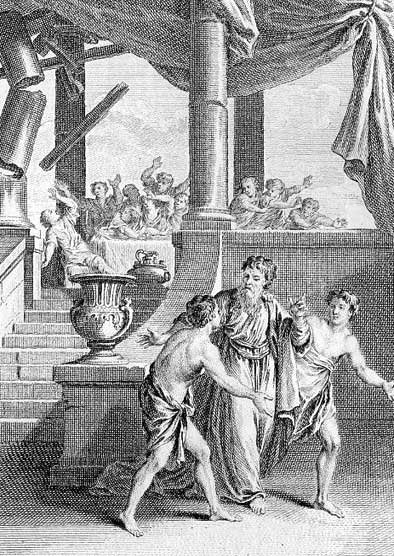 Normally, when you disembark from a Greek ferry in the Cyclades, there are herds of backpackers that stampede out of the ferry like this: When I arrived on Kea at 10pm, I was the only person to get off the boat at all, except for 4 cars with locals in them. This is when I started to wonder if I had made a mistake by not planning anything in advance.

(In the Cyclades, you typically don’t need to plan ahead because there is a very well-developed tourist infrastructure.)

There aren’t any foreign tourists that I could see other than a few yachts in the harbor. Only one restaurant along the waterfront had a sign in English. I did manage to find a room for the night, but it’s too expensive to stay here more than one night. I asked about buses around the island and was told that a bus comes early in the morning to take the kids to school. I don’t know what is going to happen tomorrow, but I hope I can find some cheap accommodation and a method of transportation!

The Acropolis of Athens as a Memory Palace — Mnemotechnics.org 19 Sep 2021