How to Memorize Pi

Before I explain the method, here’s a video introduction to the basic concepts from the 2006 USA Memory Champion:

There are two techniques involved: the major system and (optionally) the memory palace technique.

The human brain remembers pictures much more easily than numbers. By converting the numbers into images, you can memorize thousands of digits easily. Pi memorizers often convert every possible 2-digit number into a visual image. They then remember those pictures interacting with each other.

The major system is one way that memorizers convert numbers into images and back. Each digit is mapped to a consonant sound and the images are then built from those sounds. Here’s a list of the mappings:

11 is “toadstool”, because we only look at the sounds of the first two consonants in the word: ToaDstool. According to the table above, t and d both map to 1, so the number is 11.

In the major system, you ignore vowels and the letter w, h, and y. The mappings are to consonants, not to letters, so double letters are counted as one sound if they only have one sound.

If it seems complicated, don’t worry! If you practice for a couple of hours it will become easier. We have a few suggested images in the major system database and there are some premade lists on the major system page.

Images can help you remember many more digits of pi than you would be able to remember without that method, but you still need a system to keep the images in order. That’s where memory palaces come in.

A memory palace (or “mind palace”, “memory journey”, “method of loci”) is an imaginary journey in your mind where you can place your mnemonic images in order.

The first digits of pi are 3.14159265. Let’s forget about the 3 and the decimal point, because we can remember that without mnemonics. We’ll create 2-digit images using the major system for the others:

Each image will always represent two digits, and every possible combination of two digits (00 to 99) will be represented by just one image.

Find four points in the room that you’re sitting in. I’ll illustrate the basic concept using the following image of a bedroom, but you can create the beginnings of your own memory palace in whatever room you want. Create a series of locations inside of the room. I tend to go left-to-right, top-to-bottom, and clockwise whenever possible. Here is an example of creating four locations in the bedroom photo: 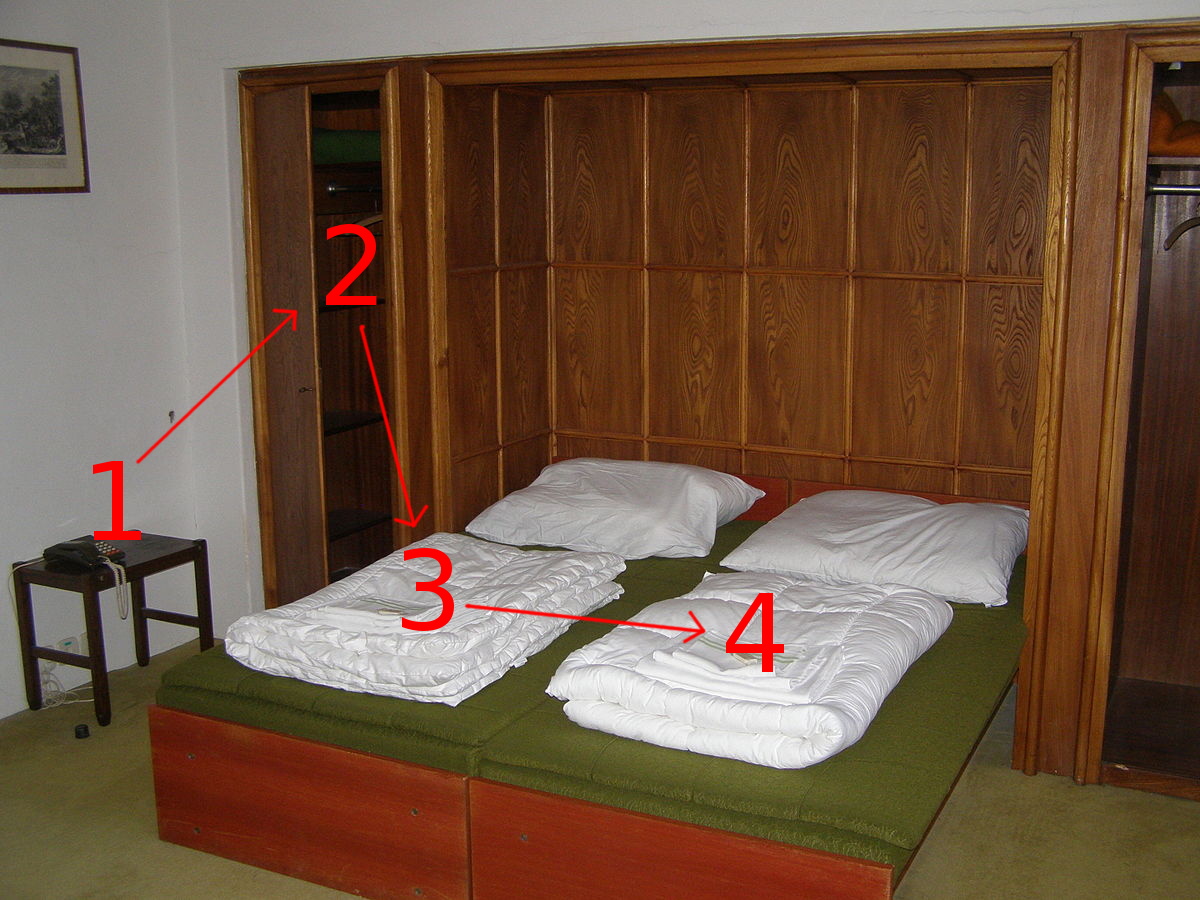 You can now recall the numbers by mentally walking through the locations of your mind palace and translating the mnemonic images back into digits. Because you will always travel through the locations in the same order, you can keep the digits in order. You can continue to expand your memory palace to hold hundreds or thousands of digits of pi — it really works!

If you have questions, post them in the comments below, and I’ll go into more detail if anything isn’t clear!

_Image of bedroom is copyright [Mojmir Churavy](https://commons.wikimedia.org/wiki/File:3.Trubky.Brdy.Pokoj.JPG) and used under a [CC BY-SA 4.0 license](https://creativecommons.org/licenses/by-sa/4.0/deed.en)._

Good question! Most memorizers create preset images for all possible numbers from 00 to 99. That means that every image only represents two digits.

In the video, it's done a little differently where he uses three digits per image. It doesn't matter whether you use two digits per image or three, but you should be consistent, and it's easier to get started, because you only need 100 images, where with a 3-digit system you need 1,000 images.

If it's a hobby, I would recommend a 2-digit system. If you want to compete in memory competitions, use a 3-digit system.

Do I need to memorize all of my images before I make my palace?

I recommend creating the palace first. Then fill in the locations with the images for the numbers. Most people who use the major system have fixed images for each two-digit number. You can learn the images as you memorize them.

If you have more questions, let me know. :)

I recommend making a Major System for all the numbers from 00 to 99. Use those images when memorizing pi. I also keep another set of images for 0-9 using a number shape system to handle numbers of uneven length.

What if you run out of locations in your house and every other familiar location you can think of, and you have no rooms left? Would it be just as effective to invent a location in your mind and “travel” it when you’re going to sleep and eventually become equally as familiar with it? Would this work just as well?